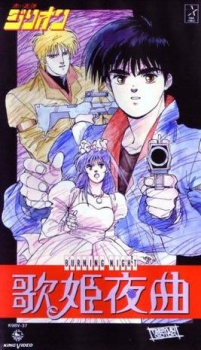 Plot Summary: In the peaceful aftermath of the Nozsa wars, the charismatic heroes known as "The White Knights" have changed career paths to becoming music making rockstars. J.J., Dave, Champ and Apple have formed a rock band called, "The White Nuts". Their music career would soon be interrupted by a new threat of colonial settlers. Apple is kidnapped by the sadistic ODAMA Clan - a family of ruthless killers. Located in a heavily-fortified mountain retreat, J.J. and company attempt a rescue mission with their laser weapon Zillion. But the former Knights only have a limited supply of Zillium for the Zillion guns. A mysterious stranger named Rick turns out to be an old lover of Apple.