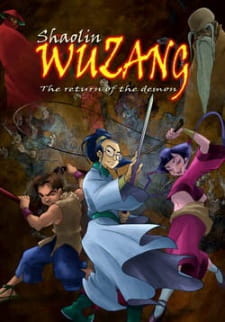 Plot Summary: Set in the Henan Province of China during the 17th century, three teenagers are sent to a Shaolin Temple to learn the style of Kung Fu against a ruthless Demon, not seen since the Sui Dynasty, who terrorizes the province in order to search for two magic books to create more power and being stronger in world domination.