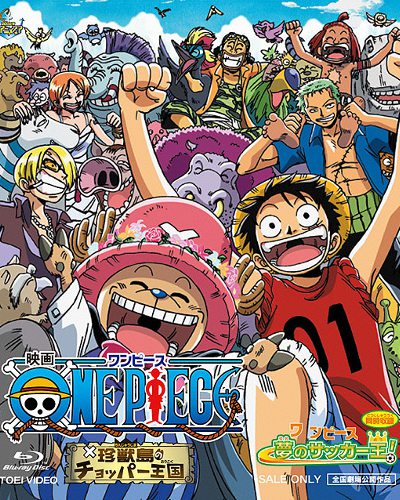 Plot Summary: When Luffy and friends stumble across a rumoured island hidden by clouds, there is much excitement. However, instead of hunting for treasure, the crew end up hunting for Chopper instead! And speaking of hunting, why are there 3 strange guys lurking on this island going after animals with horns? An action filled adventure awaits, and the island's true treasure is discovered. Forget Pirate King, what would you say about becoming the Animal King?